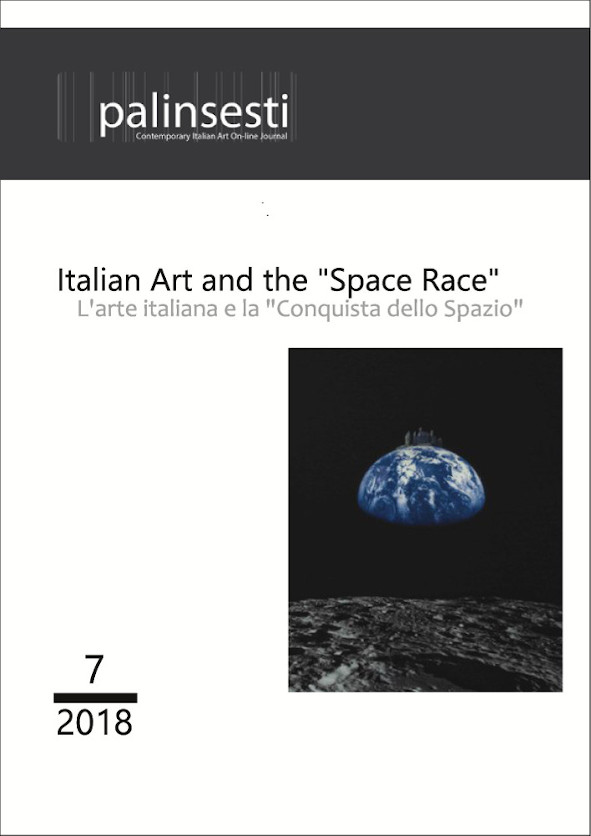 This issue is dedicated to the sci-fi imagery in Visual Arts during the period of the so-called “Space Race”. Since the first launch of the Sputnik 1 (1957) until the first “Onward to the Moon” by Neil Armstrong and Buzz Aldrin (1969), Visual Arts seemed to be inspired by that decade of hectic technological competition between US and USSR. If many Western artists were fascinated by this space adventure, in Italy this topic was early evoked by the manifest of Spatialism and by the works of Arte Nucleare, reaching the peak with the playful and immersive Fabio Mauri's lunar environment for the show Il teatro delle mostre, in 1968.