The anthropological analysis carried out by Antonio Rosmini in the early decades of the nineteenth century stems from his desire to dialogue with those philosophical issues of his time that are interested in subjectivity. In line with modernity, the philosopher’s gaze focuses on the individual, on his gnoseological capacity, and on his complex body-spiritual structure; his research, however, is ontologically founded and his reflection on the human being does not lose the link with the objective notion of truth, proper to Christianity. A century later, Edith Stein will dedicate her reflections to the search for meaning of all phenomena, among which she privileges the human being; it is the subject, in fact, who carries out the analysis on all things and who, after observing the world, questions himself. This phenomenological gaze will accompany all her anthropological investigations, allowing Stein to identify a transcendental, that is, universally valid structure which, however, becomes tangible in a completely original way in each individual. Her research path then develops into a metaphysical anthropology, which sees the finite as necessarily founded in the infinite.

The attempt to compare Antonio Rosmini’s thought with Edith Stein’s one is motivated by the awareness that both anthropological approaches are metaphysically founded, since they both recognize the human being as structurally open to transcendence. Within this perspective, the two philosophers describe the feeling of the self as bodily-spiritual; in my work I focus primarily on this theme, which is central to both investigations on the human being. 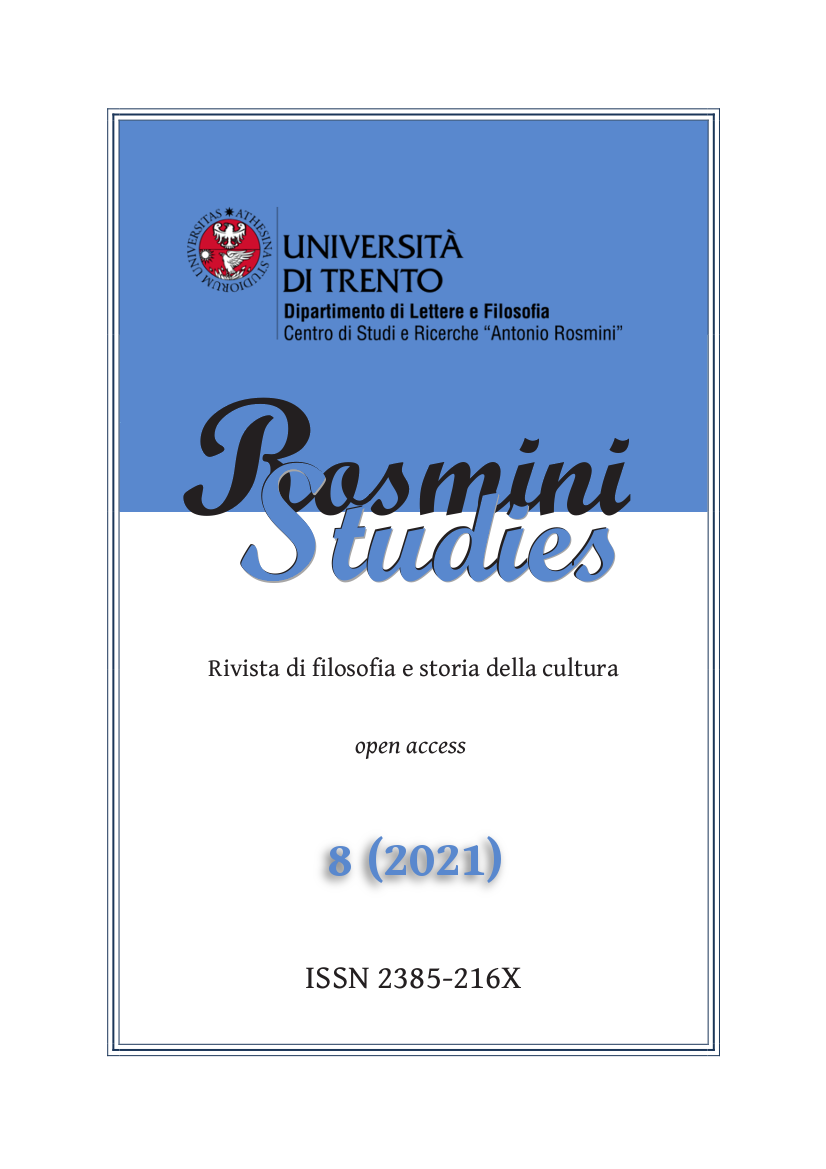