Rosmini and the Origins of Phenomenology. Interactions of Italian and Mitteleuropean Thought between the Nineteenth and Twentieth Centuries

The first part of this paper consists in a comparison between Rosmini’s gnoseological perspective and Brentano’s one, starting from a passage in which the latter discusses the position of the first. The second part of the paper outlines the position of other Italian philosophers of the early twentieth century, who very early compared Rosmini’s ideology with the gnoseological realism of Brentano and his school.  Some of them, such as De Sarlo, developed this comparison in the empirical-perceptive direction and in line with Brentano’s descriptive psychology; others, such as   Capone Braga, followed the intuitive-ideal-eidetic line, in greater accord with Husserl’s early phenomenology. 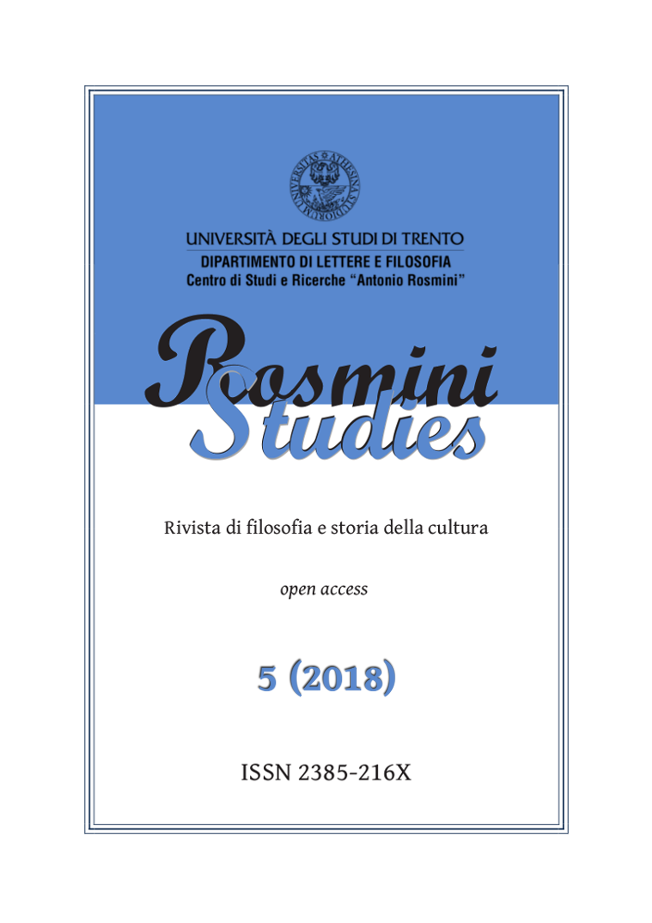