The Italian School of Spirituality, Rosminianism, and the Catholic Reform

After an introduction on the "Catholic Reform" as a historiographical category, this article proposes an original interpretation of this path of religious culture as a stream of spirituality. Starting from the Middle Ages, it emerges significantly with the Christian Humanism and the Catholic Reform of the early modern period; then in the XIXth century it finds an organic, mature, and unitary (even if minor) expression with Rosmini and Manzoni, thus giving birth to a spiritual and ecclesial reforming movement that flows into the Second Vatican Council. The “Catholic Reform” is not only an essential historical premise of the Council, but also one of its spiritual roots, no less important than the liturgical movement, the ecumenical movement, the movement of return to the biblical and patristic sources, and the nouvelle théologie. 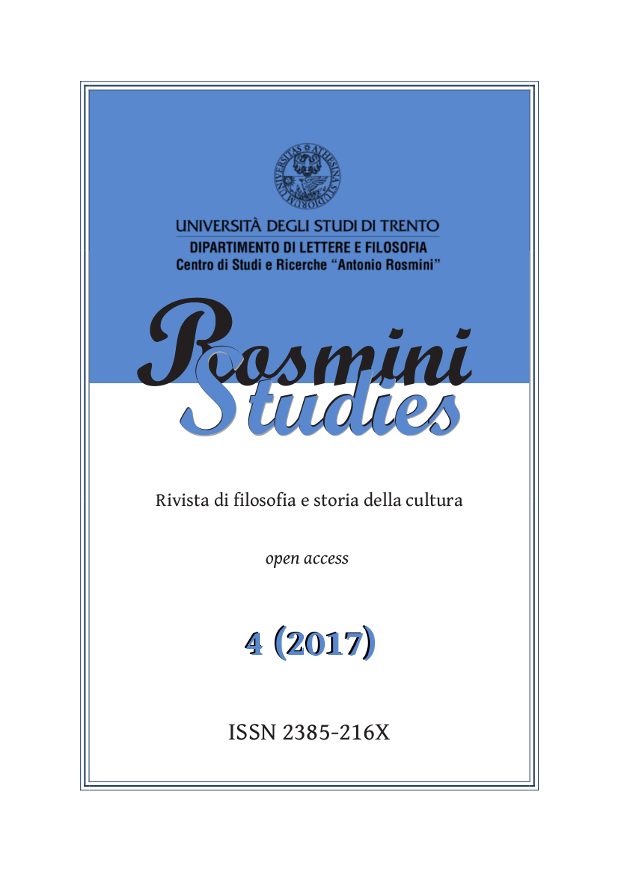